3D Printing in Bionics: A Gateway to the World of Tomorrow

It’s no secret that 3D printing has become of the world’s most promising industries. 3D technologies are being integrated into every sphere that has the potential to make our lives in the future more comfortable. One of these spheres is bionics. Let’s explore how 3D printing is being used in bionics right now and what benefits it would yield in the future.

According to the plot, Venom Snake lost his arm due to an explosion in the previous part of the video game franchise and replaced his limb with a bionic one that features various gadgets and built-in weapons. The product of Open Bionics is designed for exclusively peaceful purposes but keeps the main functionality.

The new prosthesis is just a version of the tried and true commercially available bionic Hero arm. The only difference is the design that was possible thanks to Konami involvement as a copyright holder. The look of the original arm from the video game is reproduced with the help of magnetic clip-on covers, while the bionic arm itself and a socket are produced using additive technologies. Open Bionics portfolio already includes several thematic designs for prostheses. For example, the ones that look like R2D2 and BB8 droids from the “Star Wars” franchise, Iron Man from Marvel comics, and Adam Jensen, the protagonist of another video game — Deus Ex: Human Revolution. The customization doesn’t only play a decorative role, it also psychologically helps the owners to get used to prosthetics through association with the favorite characters. 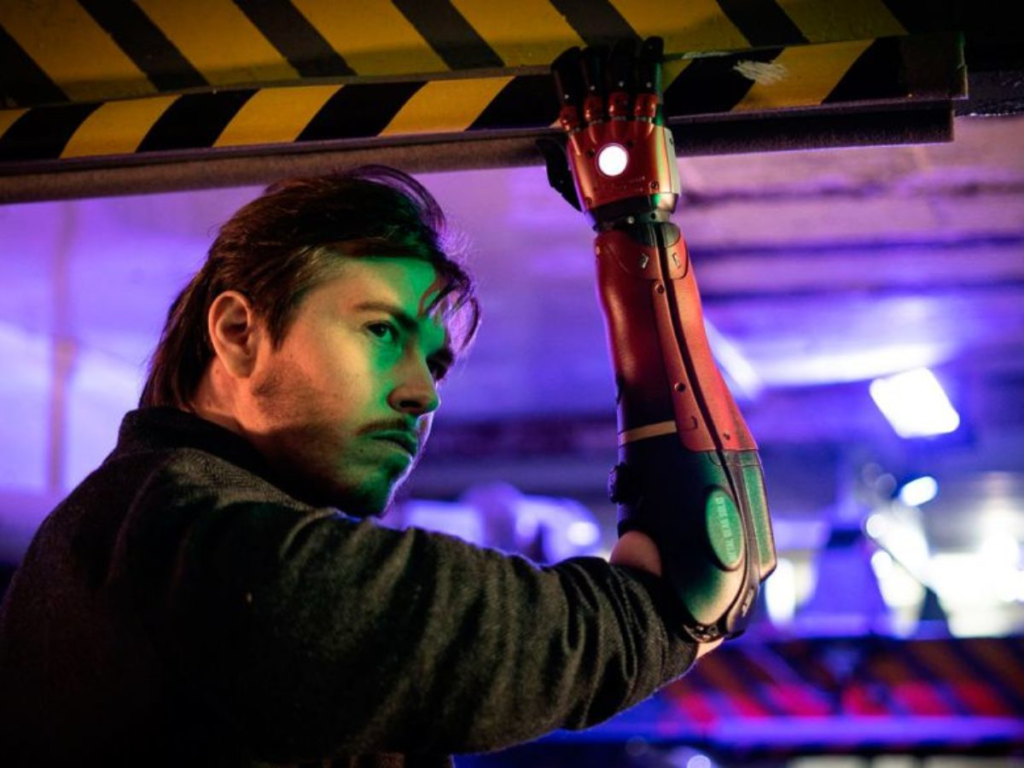 Open Bionics used the Selective Laser Sintering (SLS) technology, growing the parts from Nylon-12. This approach makes the customization that considers the individual anatomy of the users from the age of 8 possible. Digital models used in additive manufacturing are based on 3D scans, so each socket can be adjusted to perfectly fit the stump of an exact patient.

Being a bionic prosthetic arm, the Hero reads electric signals coming from the nerves and reproduces six grips, and the hand can rotate to 180 degrees. Weight-bearing capacity is eight kilograms, while the mass of an adult version of the limb doesn’t exceed one kilogram. The batteries last a full day on a full charge, and the socket is replaceable which simplifies cleaning. 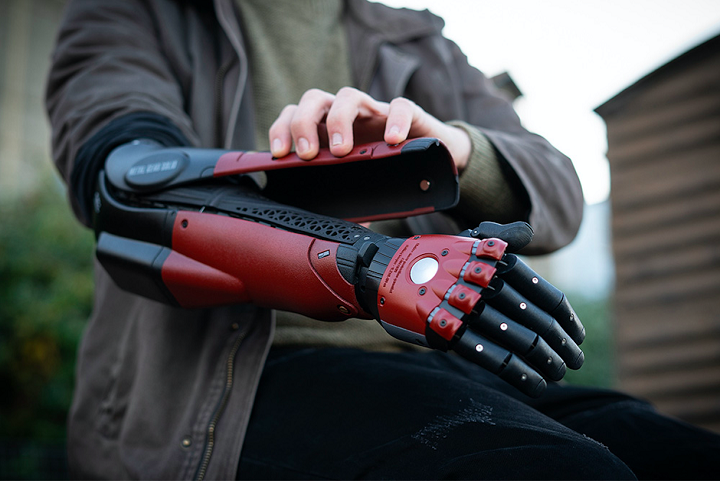 The Hero bionic arm passed European and American certifications and went on sale in 2018. According to Open Bionics, the Hero is the most affordable bionic limbs in their class. Some of the company’s products are publicly available: the Ada bionic arm can be assembled on a DIY basis. 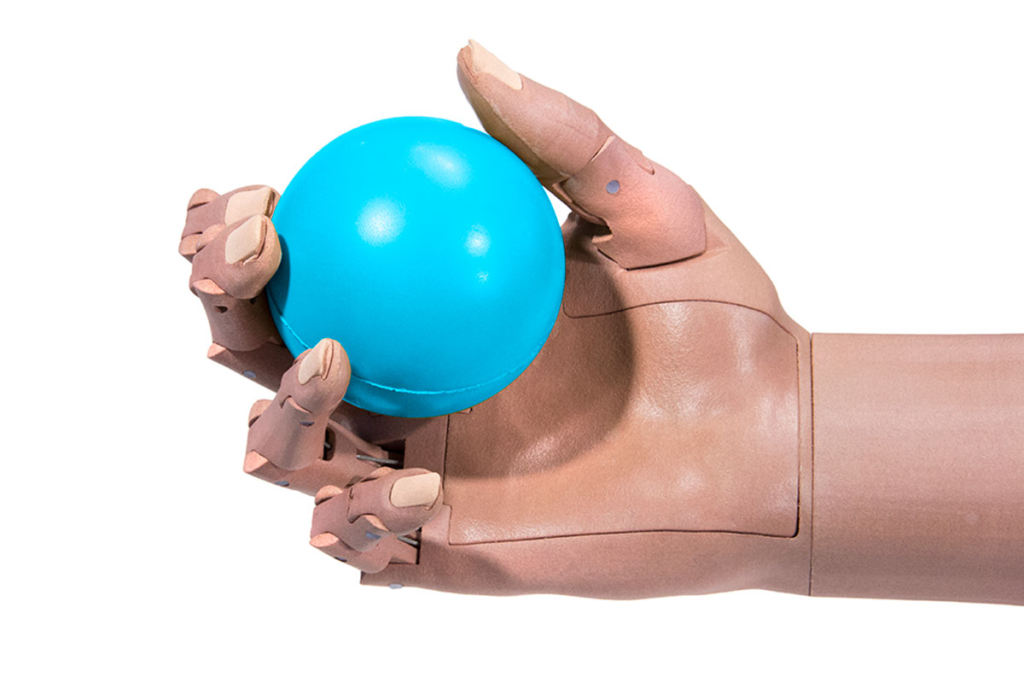 Unlimited Tomorrow is a brainchild of a young entrepreneur named Easton LaChappelle who built his first remotely controlled robotic manipulator at the age of fourteen. Three years later, LaChappelle, now a high school student, was invited to a traditional White House Science Fair after winning at an Intel International Science and Engineering Fair. Another year after that, Easton started working with a British designer with a similar last name — Christopher Chappell. They created a startup, seeking initial funding at Kickstarter. 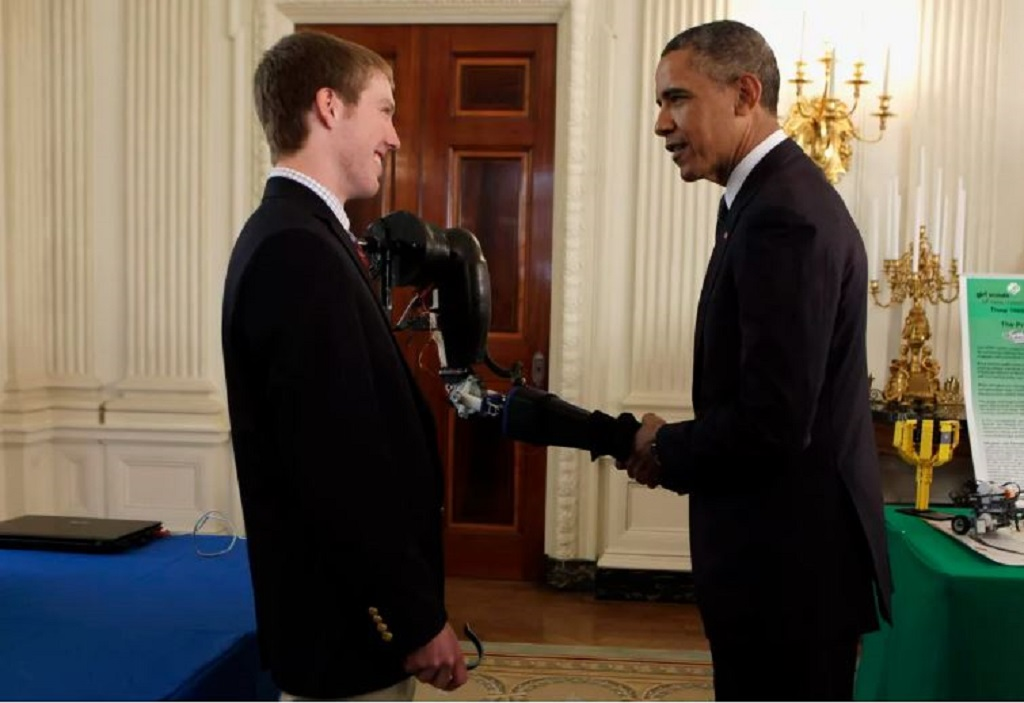 Today Easton is 24 years old, and he’s in charge of a company that offers readily available commercial products: functional 3D printed prostheses. The main idea of the startup was born in LaChappelle’s school years when he saw a girl looking at his stand with a robot at one of the fairs. The girl was missing a right arm, and her limb was replaced with a simple electro-mechanic prosthesis with a single grip. 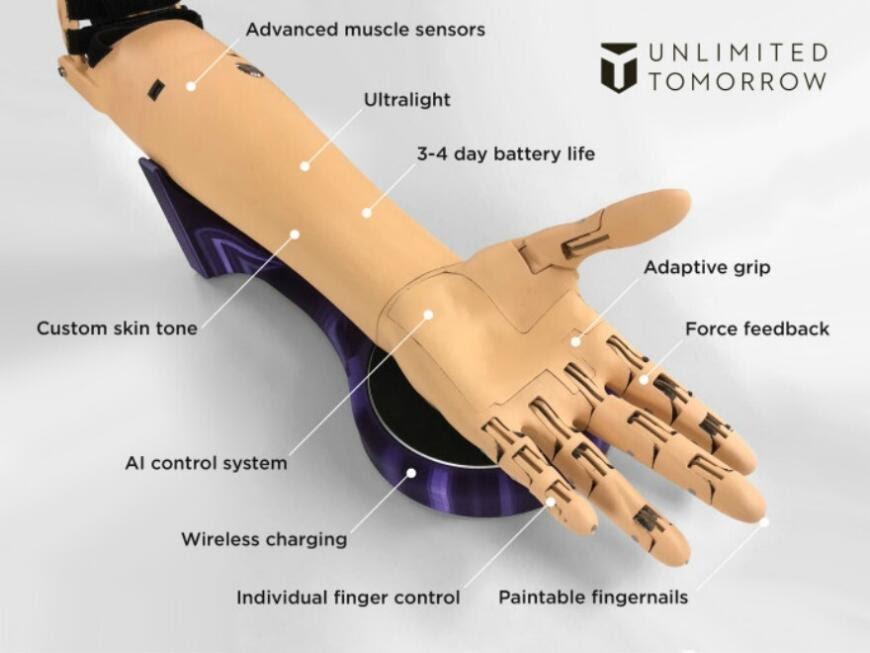 Arm’s size, color, and further customization are chosen by a recipient with the only thing required from them being a 3D scanning procedure. It can be done at home: the company will send the needed equipment with the instructions. After that, the engineers will perfect the 3D scans and use the models for printing the components on a full-color 3D printer by Hewlett Packard, using the Multi Jet Fusion technology. The youngest age of a patient is seven years.

Right now the company focuses on arm prostheses, but they consider starting manufacturing artificial legs and even exoskeletons.

A Step-By-Step Guide For First-time Parents: How To Survive The First Sleepless Year

Advantages of custom soap boxes that You Can Get