After a successful season of Game Of Thrones, HBO is in search of the latest buzz craze. That would be the show Euphoria, executive-produced by Toronto’s own, Drake (weedmaps Vaughan). The show stars Zendaya as Rue Bennett, a teen struggling with substance abuse and all the pent up angst in the world.

Euphoria examines the stories of a variety of high school students as they navigate drug use, sexuality, and many other societal hardships that all humans experience during their lifetime.

And while this is reported to be an amazing show, considering its title, it seems only fitting that it should be partnered with a cannabis strain worthy of such must-see TV. We shall examine a variety of cannabis strains that will leave you not only feeling euphoric but will make you feel groovy, chill, and blissful.

First on our list is Cookie Puss strain. Being comprised of a 60% Indica and 40% Sativa blend, Cookie Puss is hearty enough to be grown in several different conditions, as it is able to grow in both indoor (in a grow tent) and outdoor environments. Produced by Jinxproof Genetics, it has the unique distinction of having a strain of Girl Scout Cookies with a cross blend of (ahem) Cat Piss.

And while your first impression would be rather revolting, some phenotypes boast gorgeous pink flowers and resinous buds which emit sweet smells of pine and lime that gently caress the senses. Soothing and mellow effects are typical, though some consumers may find themselves giggly, amused, and aroused, which is a fun and entertaining combination, just like the strain itself. For the sake of sales, let’s hope it’s not pus. Moving on… 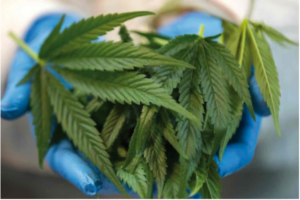 Blue Dream is a cross of the Blueberry and Haze strains which produce an orange hair-covered strain of cannabis with sweet blueberry flavoring. Within the neophyte cannabis community, it is regarded as one of the preferred strains for weed smokers. This is due to its characteristically mild effects, which leave users feeling good and in a state of blissfulness, akin to a giddy daze. From the daze, the effect transforms into a non-sedative state of relaxation. This is a perfect high for both daytime or nighttime activities.

This list wouldn’t be complete, and one would most certainly be remiss if the Big Pappa of all euphoric strains was not mentioned, that being GSC. This is a cross of Old Gangsta Kush and Durban Poison. GSC is described as earthy and sweet, with subtle grassy nuance. It is reputed to put a smile on anyone’s face to gladden the depths of your heart, this powerful strain does have the tendency to send you straight to the couch. However, when you’re catching up on four episodes of HBO television, isn’t this precisely what you want?

Crossing Blueberry Old Gangsta with Cookies and Cream created this flavourful strain by Exotic Genetix. With big purple and green buds producing a sweet and dough-like taste that should please the palate of any discerning fruity strain lover, one might expect this strain to pack a big whomp. However, the high is surprisingly mellow with a relaxed yet not drowsy experience. This wonderful strain is highly recommended before you start your night of TV binge-watching.

Being a balanced hybrid first bred in the Netherlands by Green House Seeds, this strain is among the most famous worldwide. Its balance comes from a cross of a Brazilian sativa landrace with a resin-heavy South Indian strain to produce a trichome-covered flower with earthy and floral flavors. When one experiences White Widow, it is the epitome of the definition of a euphoric buzz. While being a potent strain, it does kick you into a deep sleep. Users have described its effect as being more energizing than sedating.

This sweet and earthy strain is a cross of Sweet Irish Kush and Time-wreck that drops trichomes from its buds like bread crumbs leaving a trail in the woods. Quantum Kush is a THC powerhouse that most consumers would be content with being a sleepy-time strain. However, surprisingly it tends to be a euphoric buzz with a relaxed yet alert and engaged type of high. Toss it in your bowl and spark it up the next time you’re chilling in front of the telly.

And lastly, we have Candyland. This is a sativa-dominant hybrid cross of Granddaddy Purple and Bay Platinum Cookies. Golden hairs and sugar-like trichomes comprise this strain’s appearance, while sweet and earthy tones create its flavor profile. As a strain unto itself, Candyland provides a vast array of effects. Some individuals use it medically to try and alleviate pain and muscle tension. While others seek its creative and socially stimulating effects, which pair quite well with activities like inviting all of your friends over for a weed party or to indulge in your decadent munchies cravings all the while watching HBO’s Euphoria.